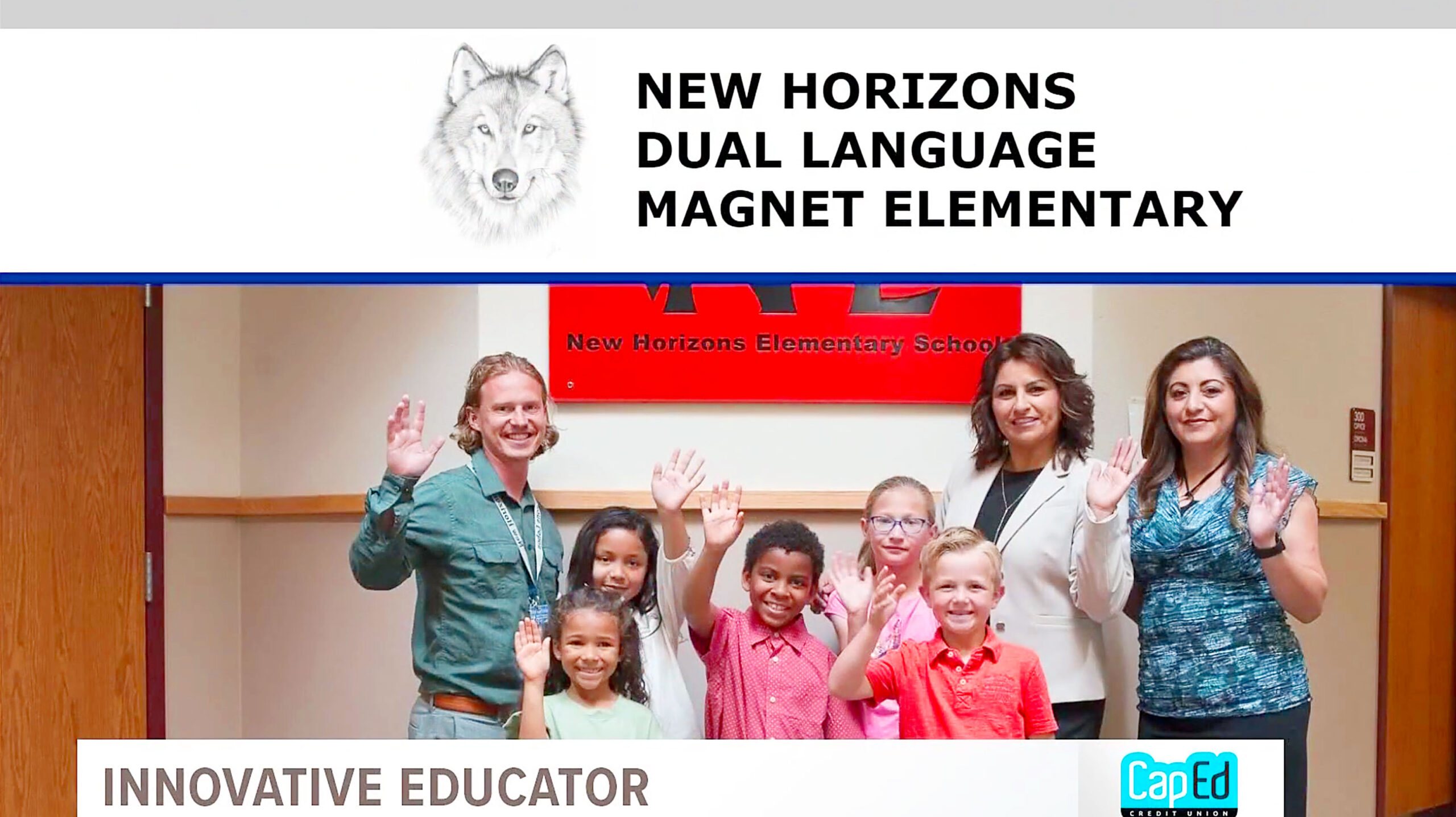 Nampa students learn English and Spanish thanks to bilingual audiobooks

Rainbow Weaver, My Shoes and I, and Book Fiesta—those are just some of the VOX bilingual books that can be found at New Horizons Dual Language Magnet Elementary School.

“[VOX Books] Which is a really simple book, has the device right here in the book, and the kids are able to just press play and then they can hear the book in English and in Spanish as many times as they want,” Racchetto-Madrigal said.

The school got enough books for at least a classroom of 30 kindergarteners, and they came just before the holiday break started.

“The librarian was just in awe and really excited to have them in her classroom. because immediately that puts a book in front of a kindergartener,” Racchetto-Madrigal said. “They’re able to turn the pages and listen to the text in English or in Spanish, so it it makes the book come alive for the kid right there.”

Racchetto-Madrigal’s 4-year-old son and daughter who is in the first grade also listen to the books.

“For these kids to be able to take home and check out a book that’s an English and Spanish, it reinforces their native language at home, so the parents or grandparents are listening to a book in Spanish as well, and also it exposes a child to English, which could be their second language and reinforces those literacy skills in both languages because we want our kids to be bilingual or multilingual learners and it is just a fantastic skill to have,” Racchetto-Madrigal said.

A skill-strengthening, one page at a time.

The audio books come in several languages, not just English and Spanish. Racchetto-Madrigal said the Boise Public Library has a great selection of Vox books, and children as young as 3 years old can use these books.