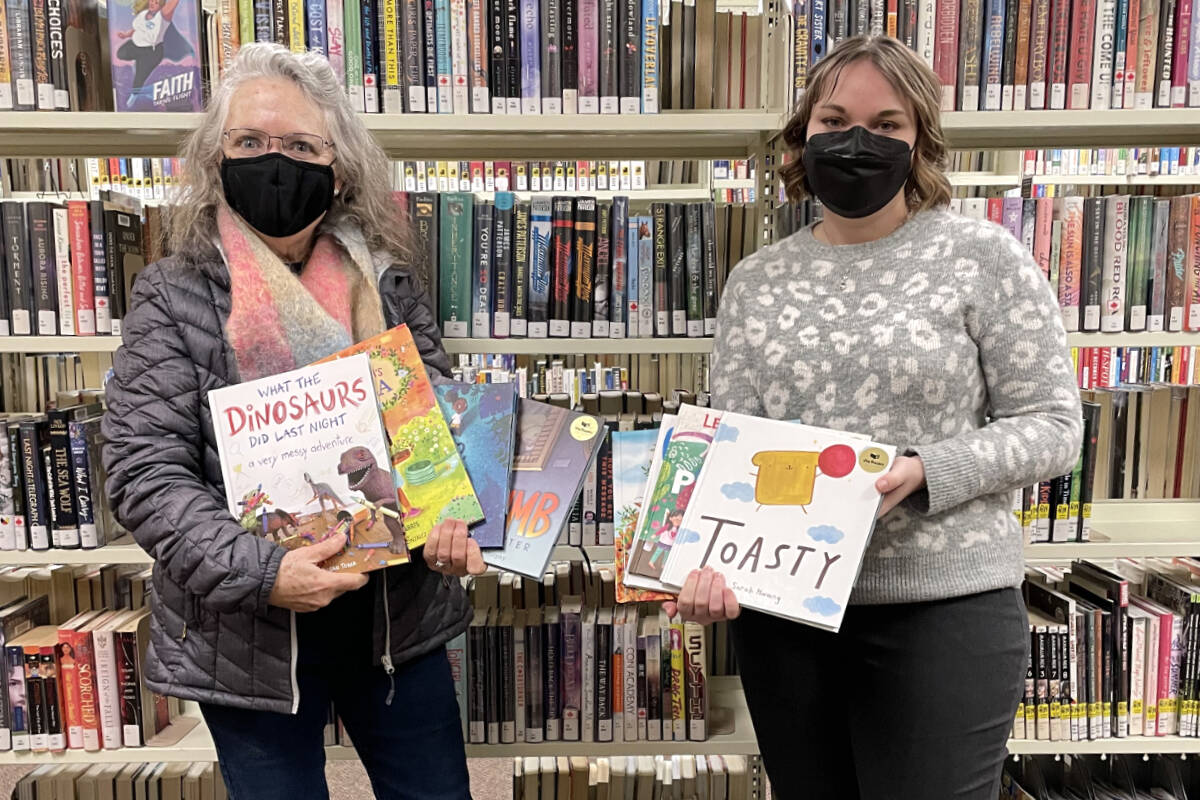 The books read themselves, according to library director
A host of new and exciting books are available to young readers at Grand Forks’ library thanks to a donation by city Rotarians.

The books come from a line of interactive stories that read themselves, according to Library Director Cari Lynn Gawletz. Grand Forks & District Public Library added eight of these “Vox books,” named after the Latin for “voice,” with a $500 grant by Rotary District 5080, which spans Eastern B.C. and parts of Oregon and Washington states.

These must reads are highly sought after not just for the gripping stories, but also for their interactive features. Kids can curl up with the books and either read the printed pages, or listen along as built-in speakers tell the tales.

Cheryl Ahrens, President of the Grand Forks Rotary Club, said she put in for the grant because she knew Gawlets was keen on Vox books. And at roughly $80 apiece, the books certainly don’t come cheap.

“Cari had come to speak to the Rotary Club and I figured, the library will always need books,” she said.

Among the eight new titles, Gawletz said her favourite was Toasty, which tells the story of a piece of toast who wishes he were a dog. What the Dinosaurs Did Last Night was a close second, leaving Gawletz chuckling about the book’s allusions to the ’90s animated classic Toy Story.

Four-year-old Juniper Slade, whose mom Erin works at the library, also enjoyed Toasty, though one imagines she leaned more heavily on the interactive features than the literate Gawletz.

For more information about how to borrow Vox books and many, many paper books, drop by the library at 7342 Fifth St., or visit the library’s webpage at grandforks.bc.libraries.coop.

This article was used by permission.